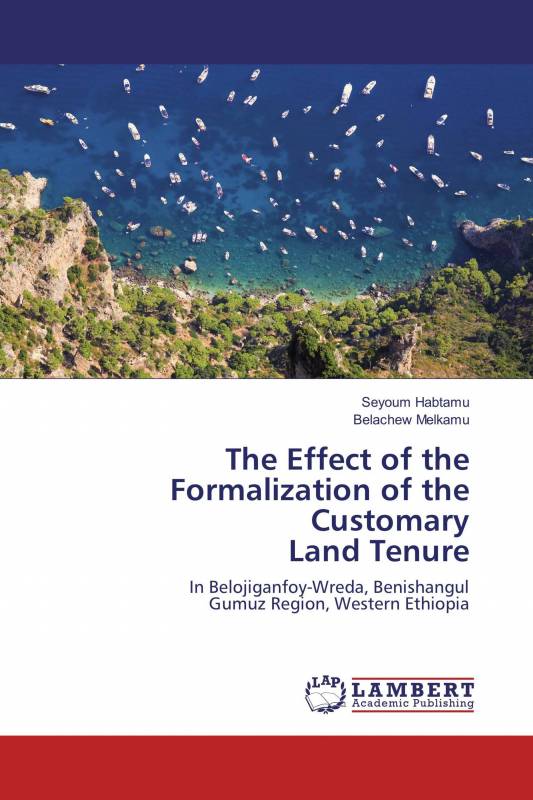 The Effect of the Formalization of the Customary Land Tenure

The type and nature of land tenure that have to be used in developing countries are increasingly a debatable issues.

The mere tenure change without considering to the development situations which are unique to a certain country’s culture, attitude and social stability have negative implication in many situation.

Thus, this book is designed to strengthen the existing understanding of the formalization of customary land-tenure in developing countries, in order to reshape the changing tenure system in the right direction.

The book’s entitles for the systematic ways of tenure formalization that fits with the local condition by registering customary land without making any kind of structural modification to the former tenure rights.

Such kind of customary tenure formalization are capable in reducing land dispute and securing the overall tenure security.

By doing so, this book will offers information for policy makers, planners and land administrator in general.

Particularly, it put forward a justifiable ground for developing countries, to reevaluate their respective tenure system, in order to harmonize the dichotomy exist between the statutory and the customary tenure system.

Arega:S.Habtamu is MSc and BA Holder.