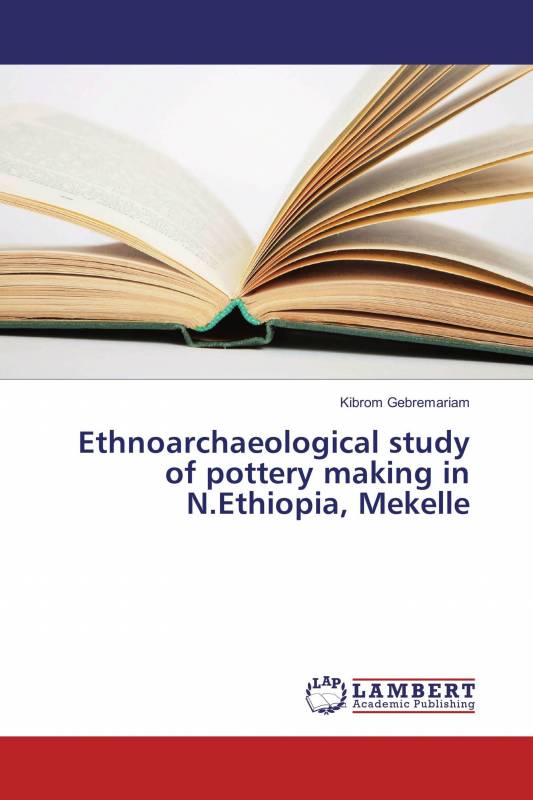 Pottery making is a skilled practice of changing clay into fired pots.

From ethnoarchaeological perspective, the craft involves various material cultures used in different stages of the production.

The principal objective of this book is to document the way which the Mekelle potters used to process clay and to produce pot objects, by investigating the living material craft.

Interview, observations and survey were used as the main data collection instruments.

The ethnoarchaeological investigation of pottery making in Mekelle is the first of its kind.

Though, similarities with other areas are manifested in the clay extraction decoration and firing stages of production, the use of different clay types for a single pot typology is unique tradition among the potters in the study area.

Besides, the proximity of the research areas to nearly a century aged town which is now under extensive expansion has threatened the craft.

Thus, ethnoarchaeological investigation of the area helped to document the ethnographic data’s before its complete disappearance.

Worked at Tigray Arts college as a graduate assistant in Heritage Conservation.

Currently is working as a Lecturer at Mekelle University.