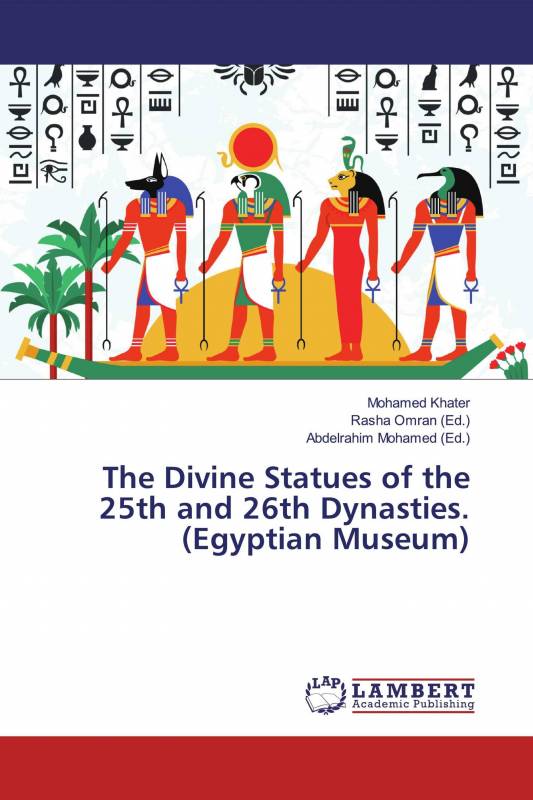 The Divine Statues of the 25th and 26th Dynasties. (Egyptian Museum)

The book highlights one of the most significant periods through the ancient Egyptian history.

The research deals with the divine statues during the 25th and 26th dynasties in the Egyptian museum in Cairo.

Furthermore, the definition of the late period emphasizes that the reasons of the use of the term "Late period" due essentially to the late of the time not the late of the Civilization because during this period there were strong dynasties in Art, Civilization as well as the Policy moreover these dynasties are known as” Kushite dynasty” or the 25th dynasty and “Saite dynasty or "The returned of the spirit" such as the 26th dynasty.

Moreover, the study represents full explanation of the divine statues, their positions, materials, natures, jewelers and their insignias.

I was born in Egypt in 1992 and graduated from the Faculty of Tourism and Hotels - Fayoum University- Egypt in 2013.

I worked as a demonstrator at Fayoum University in 2015 and specialized in the study of Egyptology and got a master's degree in 2017.

Now I am assistant Lecturer and preparing the Ph.D.

thesis in the management of cultural heritage.