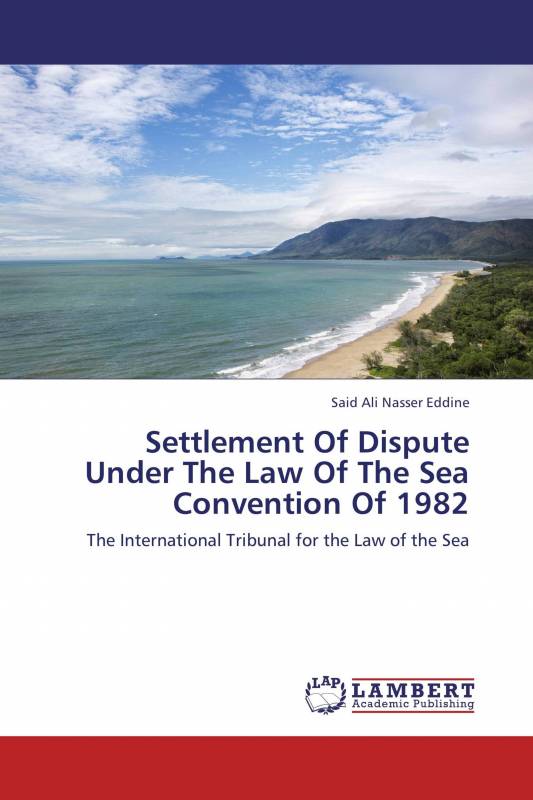 The International Tribunal for the Law of the Sea

The settlement of disputes under the law of sea is one of the major accomplishment the United Nations Convention on the Law of the Sea of 10 December 1982 has achieved during its adoption process.

Indeed, Part XV of the convention determines the availability of a range of procedures given to all parties involved to resolve their disputes.

This book examines the way these procedures are implemented with an emphasis in the new judicial body the convention has created and entirely devoted to the interpretation and application of the convention.

The International Tribunal for the Law of the Sea is one among other judicial institutions, States can choice to adjudicate their disputes when failing to settle by peaceful means.However, there is some limitations and exceptions to this compulsory procedure.

The main objective of all these mechanisms is to ensure that all disputes related to the application and interpretation of the convention will be settled in a manner as to ensure coherence and uniformity.

This book intends to simplify the complexity of the settlement of disputes under the 1982 Law of the Sea Convention to interested public, particularly professionals and students.

Mr Said Ali Nasser Eddine, has graduated from the IMO-IMLI (Malta) in 2002 in International Maritime Law.

He had been also granted a Maitrise in Droit Public from the University of Rouen (France) in 1990.

He worked on legal issues in his home country before joining the United Nations missions in Haiti and Cote d'Ivoire as an independent consultant.