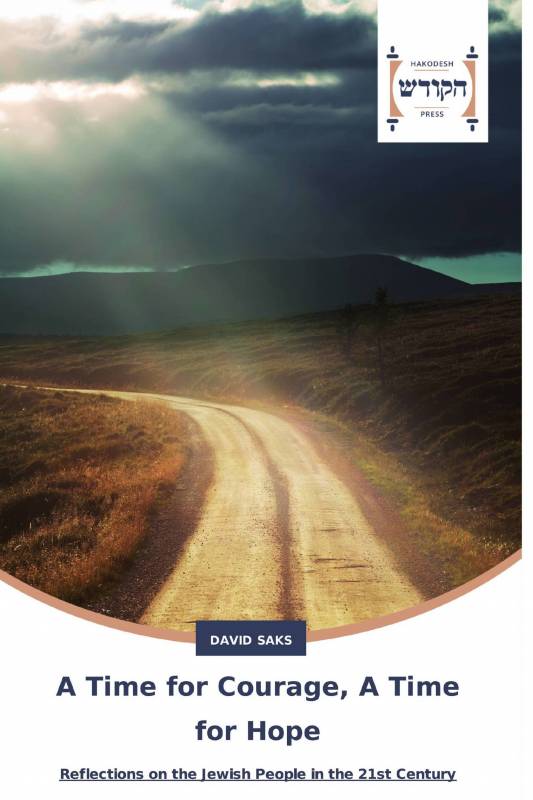 Reflections on the Jewish People in the 21st Century

The story of the Jewish people in the 21st Century is one of multiple contradictions.

Most Jews today live either as a sovereign people in their ancestral homeland or in countries where their rights to religious freedom are fully protected, yet at the same time a worldwide resurgence of antisemitism, primarily aimed at the State of Israel, is underway.

Once considered a doomed relic of a fading past, traditional Orthodox Judaism is experiencing sustained growth and vibrancy, yet against this, assimilation and intermarriage is occurring on a massive scale in virtually all parts of the Diaspora.

Israel itself continues to record ever more inspiring levels of achievement in all spheres, yet peace with its neighbors continues to be elusive and its enemies worldwide are conducting a relentless campaign of delegitimisation and boycott against it.

A Time for Courage, A Time for Hope explores these and other topics relating to world Jewry in the contemporary era, as seen from the perspective of a South African Jewish communal professional, author and journalist.

He holds an MA (History) from Rhodes University and is currently Associate Director of the South African Jewish Board of Deputies.

He has written extensively on South African and Jewish history and Israel-related issues.

His books include Jewish Memories of Mandela (2011).