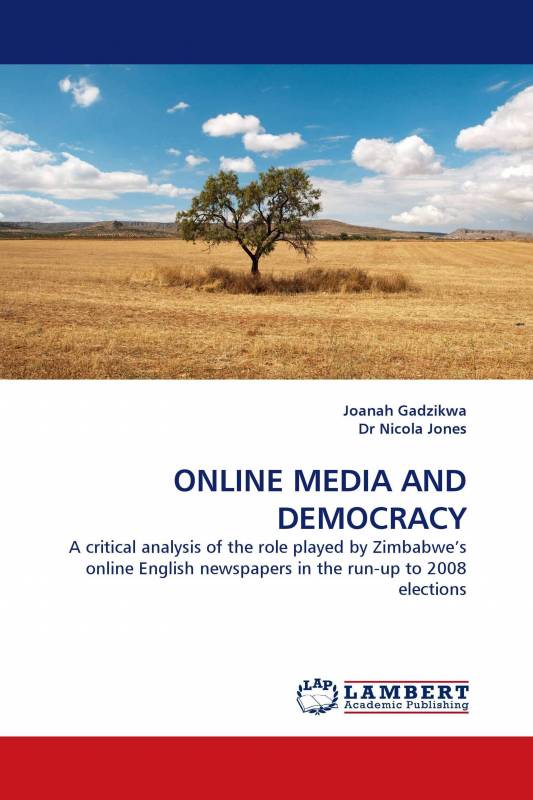 This book carries work that was part of an academic study for the purposes of completing a master's degree.

This study itself discusses the potential for promoting cyber democracy through interactivity, on the Internet.

Both interactivity and cyber democracy will lead to a broadening of the Zimbabwean public sphere by including online newspapers in the media circle.

It views interactivity, cyber democracy and the public sphere as central to free expression.

Zimbabwean online newspapers are not fully exploiting the Internet's potentials to promote the threefold ideal for public deliberations identified in this study.

The content analysis of 22 Zimbabwean online newspapers revealed that many newspapers are providing interactive tools that are of limited relevance to interactive communication.

The different models for assessing interactivity, cyber democracy and the public sphere in the online newspapers that were employed in this study point to very low levels of interactivity, hence the rest of the components were affected.

The three aspects of public deliberation identified in this study were found to be interdependent on each other..

Joanah Gadzikwa holds a BA Honours degree in Culture, Communication and Media Studies and a Masters Degree in Media and Cultural Studies from the University of KwaZulu-Natal where she taught between 2007 and 2009.

She is currently teaching Media and Communication Studies at Monash University South Africa.