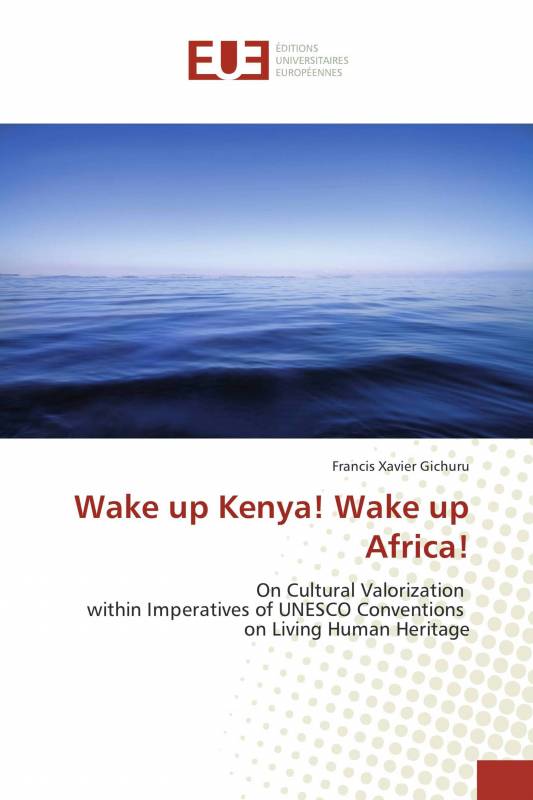 Wake up Kenya! Wake up Africa!

This work is calling on Kenyans, indeed Africans, to stand on their feet and be proud of themselves because they are indeed endowed with abundant natural and cultural resources that have the capacity to make them rich and prosperous if only they stop focusing on petty differences of ethnicity; instead, they should concentrate on developing themselves in their cultural diversity, knowing well that this is their strength rather than weakness.

So far the resources of Africa are exploited more by foreigners than by Africans because they themselves are unaware of, or are ignorant about, the potential of these resources.

Within a new focus on creativity, solidarity, respect for one another, and avoidance of corruption and self love, Africans are capable of dominating the world.

F.X.Gichuru is the Founder/Chair of the African Cultural Regeneration Institute (ACRI), a UNESCO accredited NGO with advisory capacity on intangible cultural heritage (ICH).

He served in the Consultative Body of UNESCO-ICH for two years (2011-2012) and participated in the inter-governmental committee meetings of UNESCO on ICH since 2010.