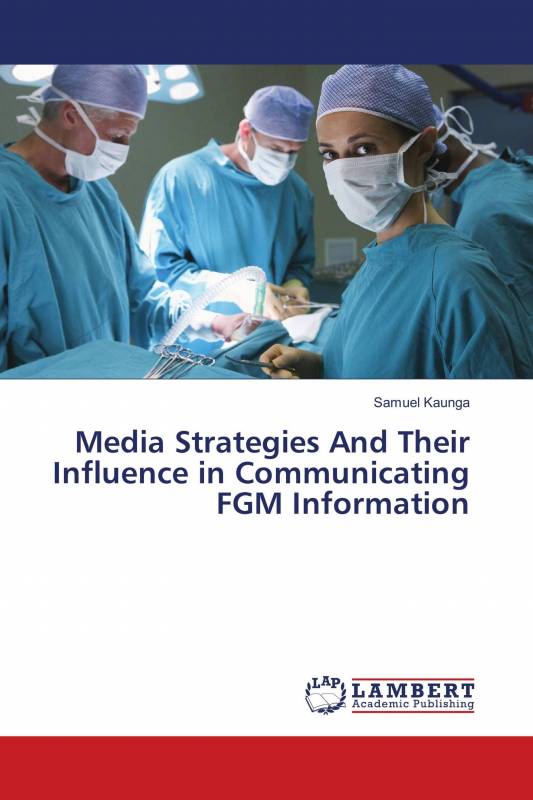 Media Strategies And Their Influence in Communicating FGM Information

The study examined the role of Media in communicating female genital mutilation information in order to help curb the practice.

The book recommends that as a strategy, media ambassadors be used as they have a significant effect on the effectiveness of communication of anti-FGM messages.

Use of local language should be emphasized since it improves the effectiveness of communicating of anti FGM information.

The author surmises that in highlighting the dangers of FGM, partnership with media campaigners, workshops and seminars, mounting billboards and using radios, are as some of the roles media and information can play in eradicating this injustice against women.

Samuel Kaunga received his M.A degree from the University of Nairobi’s School of Journalism and Communication.

Working among the Pastoralists communities in Kenya, he crusades for the girl child.

He is recognized internationally as a Mentor, a youth leadership development expert and motivational speaker.