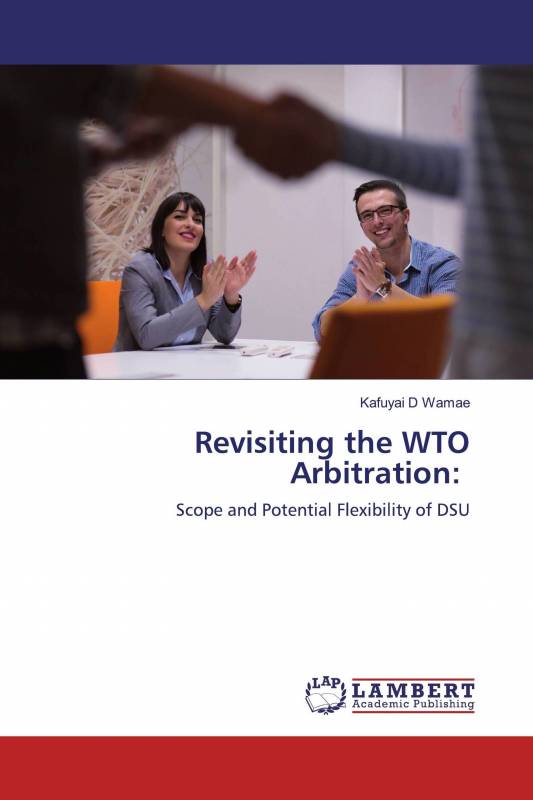 Scope and Potential Flexibility of DSU

Over the years,the effectiveness of Arbitration as an Alternative Dispute Resolution(ADR) Mechanism under the Dispute Settlement Understanding(DSU) has been a mysterious concept to the World Trade Organization(WTO) Members with only once case being decided through this mechanism since the inception of WTO.However, the increase of Members’ concerns towards the Panel and Appellate Body(AB) proceedings denotes a need to reevaluate other ADR methods under the DSU such as Arbitration.This book focuses on Issue Arbitration as the best ADR mechanism for not only political sensitive cases but also for other trade related issues.

The review of available studies and Case law on Issue Arbitration shows that there is little to no approach towards it yet it might be the answer to many Members’ concerns on dispute settlement.

The book analyzes comparatively the advantages and disadvantages of Panel proceedings and Issue Arbitration.

It also presents the potential flexibilities especially on the Issue Arbitration clause in the DSU which is in dire need of a more coherent approach through reforms so as to achieve predictability,efficiency and approachability of the Dispute Settlement.

Kafuyai D Wamae holds a LL.B from JKUAT(Kenya)and a LL.M in International Economic Law and Policy(IELPO-Spain).She is an Associate at the Chartred Institute of Arbitrators and hasmajored in investment arbitration from the International Academy for Arbitration Law(Paris).

She analyzes WTO and ICC(Chamber of commerce) dispute settlements and awards.