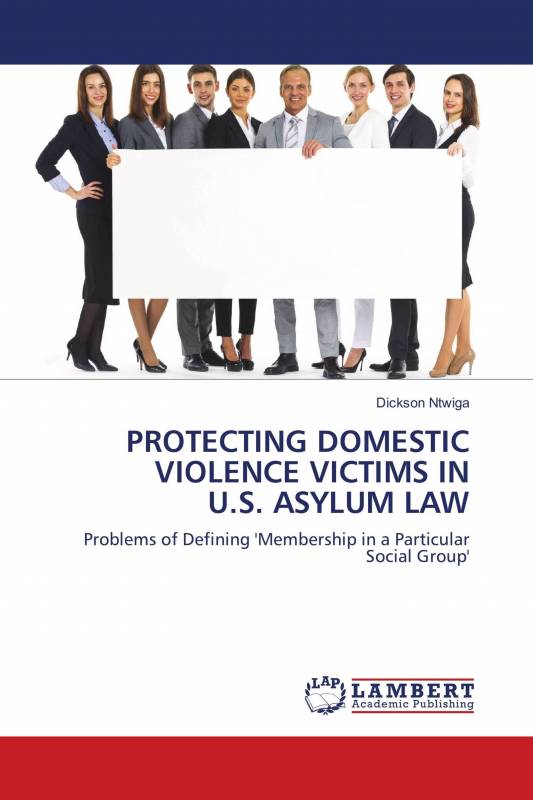 Problems of Defining 'Membership in a Particular Social Group'

Women’s rights advancement continues to uncover and seek to redress gender-related human rights violations like domestic violence which is the subject of this study.

The book examines how the U.S.

deals with this problem.

The definition of membership in a particular social group which is the Refugee Convention ground for the protection of domestic violence is, at best, problematic.

In an effort to ensure that the definition is not too encompassing, jurists have frequently adopted conflicting interpretations of the 1951 Refugee Convention and domestic law like in the U.S..

But the definitions in various countries like New Zealand, Canada and United Kingdom show that convergence on a particular definition is possible.

pioneered the definition of membership in a particular social group, they have not honored this definition, and they should return to using it.

This will go a long way in reinforcing Obama administration’s commitment to defending America’s ideals that “still light the world”.

This book will be especially useful to those determining refugee status, including governments, UNHCR, NGOs and academics, or anyone else interested in promoting women’s rights.

Dickson Ntwiga, a native of Kenya, holds an MA in Human rights fromMahidol University in Thailand.

Dickson is the founder of Solidarity House International,which is presently undertaking a poverty reduction project in Kenya.