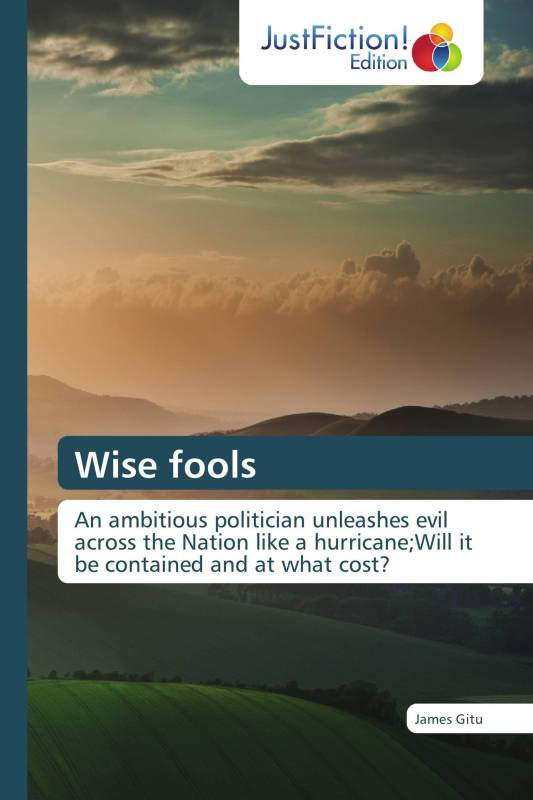 An ambitious politician unleashes evil across the Nation like a hurricane;Will it be contained and at what cost?

The Vice President has waited for a long time to succeed the President.

And he must.But now a clandestine group has marshalled crucial domestic support and more lethal with potential to derail was the international support gained.He designed and executed a covert execution of the critics because his hope of becoming President was pegged on the political survival of the President.It failed and he came up with alternative B,with chilling repercussions.

The plans were left to a man nicknamed Snakeman .He was as venomous as a viper but camouflaged in a religious overcoat.His life was full of turns and twists.He seeks the services of Tremu.Tremu had mad craving for money because he thought it would heal a raw wound in his heart and help him regain his ego.

How will the drama unravel and the President deal with the threat? Clandestine activities were lead by intellectuals.

Tamur was dangerous and unpredictable.

Covert, brutal and deadly wars on opposing sides within the intelligence network makes it a tantalizing read.Here West and East wrestled.

The story moves across continents and in each stop, something to remember.

James Gitu lives in Nairobi,Kenya.Married with four children.Has contributed articles in many magazines.Become physically disabled in a tragic accident.Has overcome disability to write this classic novel,and more coming.He has traveled extensively within Kenya and occasionally outside the country broadening his mind and experiences.