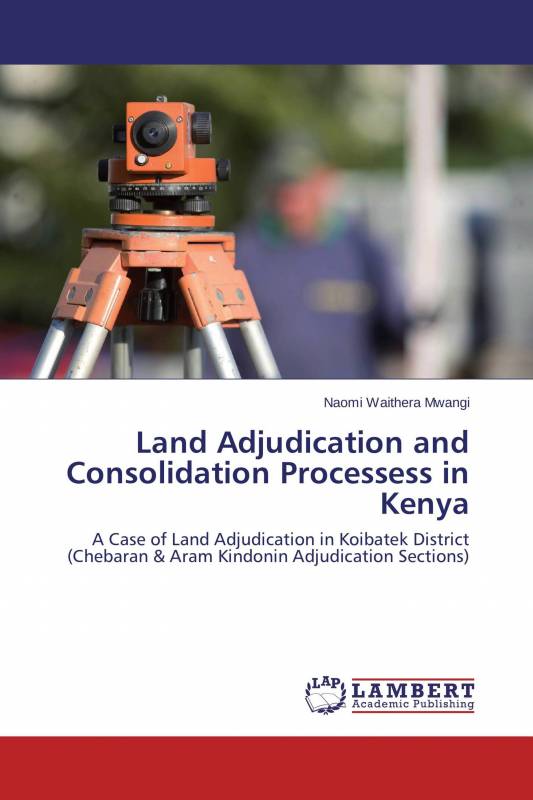 The question of absolute ownership of land in Kenya has remained a thorny issue, revolving around complex laws and lengthy procedures of adjudication, consolidation and registration of land.

Land ownership has remained an elusive dream for many Kenyans owing to unjust acquisition of land by British colonial settlers in the early 19th century.

In spite of Kenya attaining independence in 1963, landlessness has continued to persist on a large scale with recurrent land disputes among individuals and between communities being reported.

This project examined the adjudication and consolidation processes undertaken in Kenya since independence with the enactment of individual tenure of indigenous land as well as the redistribution of the former ‘white highlands’ to Africans of Kenyan descent.

Koibatek District within Rift Valley Province was identified as the case study for review, where completed and ongoing adjudication exercises were studied in Chebaran and Aram Kindonin areas respectively.

The report also highlights problems and concerns raised by Officers involved in the exercise and residents within the concerned adjudication sections & suggests various recommendations.

Naomi Waithera Mwangi is a Surveyor with Kenya Power & a holder of a Diploma in Land Survey from Kenya Institute of Survey & Mapping.

She has vast experience in Land Adjudication & Survey having worked with the Ministry of Lands for many years.

She is currently pursuing an undergraduate degree in Geography at the University of Nairobi.