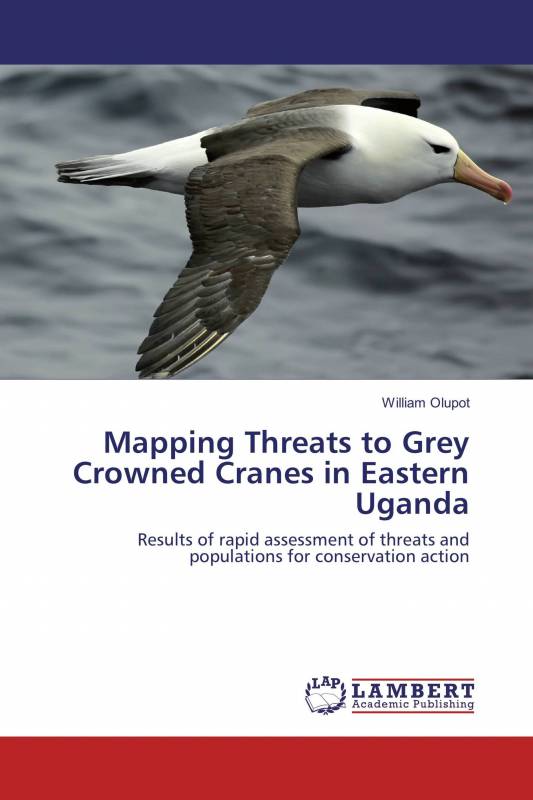 Results of rapid assessment of threats and populations for conservation action

Understanding the status of natural populations in terms of sizes, distributions, and threats they face at local levels is essential for effective conservation of biological diversity.

Yet such information is often limited for species whose preferred habitat occurs primarily on settled lands.

This is the case for the Grey Crowned Crane, a species resident in Eastern and Southern Africa.

The bird is heavily dependent on wetlands for breeding and foraging.

It is currently considered as the fastest declining crane species, and was re-assigned to the IUCN Redlist Category of “Endangered” from “Vulnerable” in 2012.

This book describes methods used to assess threats and population status of the species in the wetlands of Eastern Uganda and presents results obtained.

It should be of much interest to those interested in biodiversity conservation and species assessments particularly on human-dominated landscapes.

He has researched and published in diverse topics in Ecology and Conservation.

He is currently Executive Director of NATURE AND LIVELIHOODS, a non-government organization working for nature conservation in protected areas and settled lands including built-up areas.