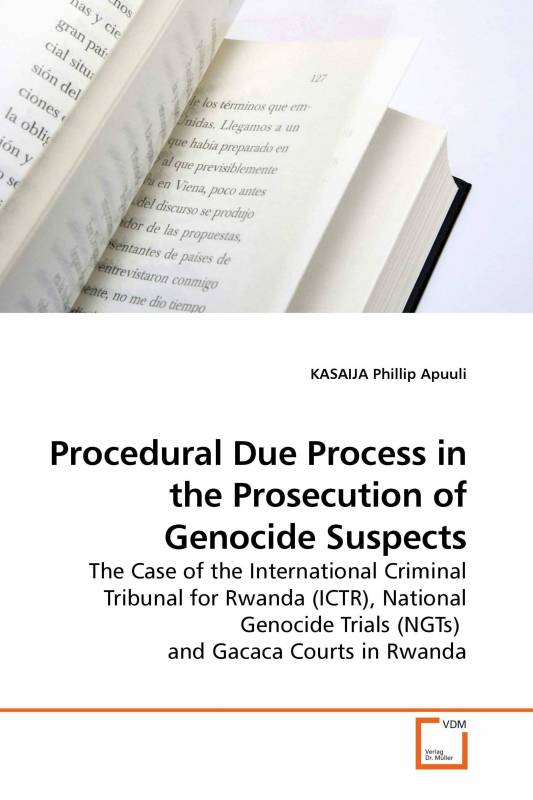 Procedural Due Process in the Prosecution of Genocide Suspects

The Case of the International Criminal Tribunal for Rwanda (ICTR), National Genocide Trials (NGTs) and Gacaca Courts in Rwanda

Whilst there are other mechanisms of transitional justice such as amnesty, Truth and Reconciliation Commission (TRC) which do not aim at punishing, Rwanda settled for prosecutions.

In a criminal process, procedural due process rights of all the actors in the trial must be respected.

Rwanda’s transitional justice processes, exhibit procedural due process deficiencies mainly because they are rooted in different prosecutorial traditions and philosophies.

Nuances in procedures has resulted in the consumers of their justice (the victim-survivor(s) and perpetrator(s) of the genocide) to think that they are all victims and not recipients of justice.

In order to remove perceptions of injustice, I argue that once a decision to prosecute mass atrocity crimes is taken, the model that should be adopted is that which puts the rights and interests of all concerned at its centre, to eliminate any perception of injustice.

He teaches in the Department of Political Science and Public Administration, Makerere University Kampala, Uganda.

He is the 2009 winner of the Mary Kingsley/Zhoconis Lecture Prize.