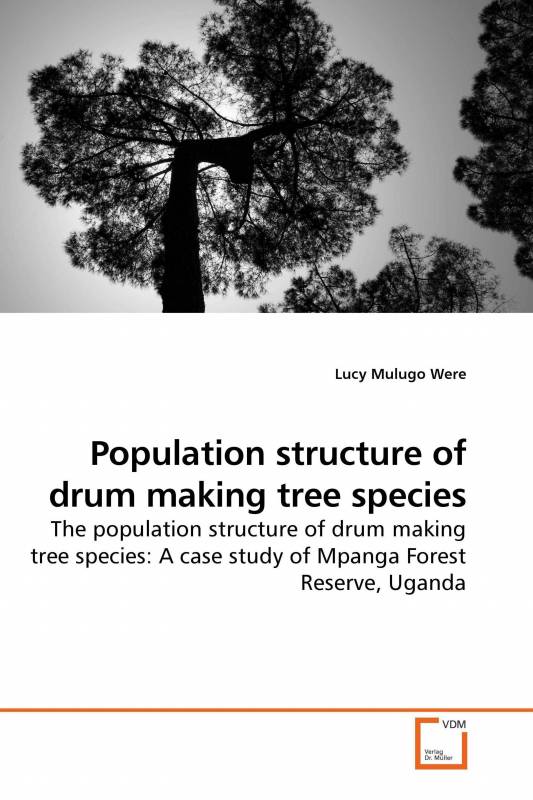 This study was carried out in Mpanga Forest, Uganda.

The objective was to assess the population structure of prime, secondary and tertiary drum making tree species in moderately and severely harvested areas.

There was a significant difference in population structures of prime species in moderately and severely harvested areas.

The population structure and relative abundance of tertiary species showed fair regeneration, providing an alternative for use in drum making.

Heavy forest disturbance by uncontrolled harvesting of prime drum making tree species led to the destruction of both mature and young trees and altered environmental conditions that affected tree regeneration of prime species.

The harvesting of prime species should be restricted so as to protect the few remaining mature trees as seed sources.

Were is an environmentalist.

She has a Bsc.

in Forestry and Msc.

in Agroforestry from Makerere University.

She has 7 years experience in University teaching, research and community outreach.

Fellowship for African Women in Agric.