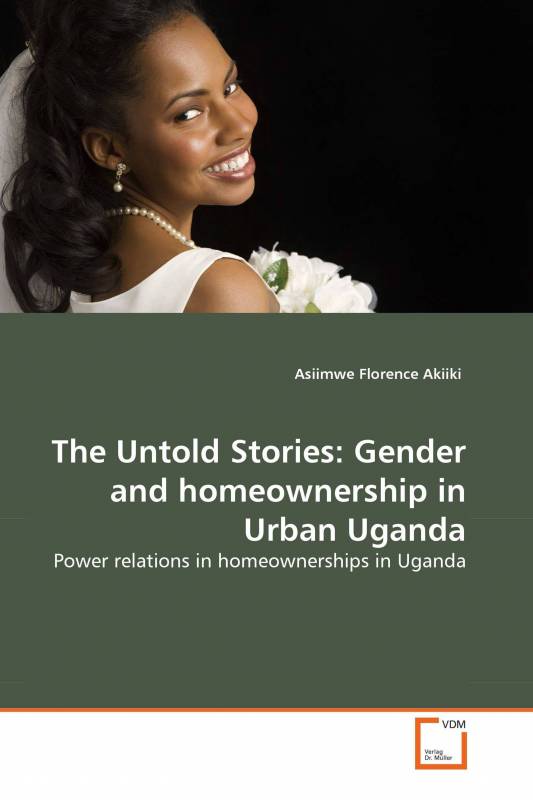 The Untold Stories: Gender and homeownership in Urban Uganda

Power relations in homeownerships in Uganda

This study explores the different ways in which married women in Kampala, Uganda are unable to become homeowners during marriage and at widowhood.

In the process, the study also explores the special mechanisms through which married women became homeowners through marriage and at widowhood.

The study was premised on the assumption that gender inequality in homeownership exists and persists in Uganda in spite of urbanization, increase in information flow, education and income of women.

Although married women live in a home with their husband, they do not actually own the home.

As a result, women tend to be users rather than owners.

Although one would expect statutory law to guarantee married women home ownership rights during marriage, this is not the case.

While Uganda's state policy states that every citizen has the right to own property, in particular houses, there is no legal framework that guarantees married women equal ownership rights of the home.

The current Marriage and Divorce Acts are not clear on the benefits of the married woman in the matrimonial home during marriage and divorce.

Asiimwe Florence Akiiki holds a Ph.D degree in Sociology from University of Cape Town, South Africa, a Master of Arts Degree in Development Studies from Institute of Social Studies, the Hague, the Netherlands and a Diploma in Urban Planning and Management from the Institute of Housing Studies, Rotterdam, the Netherlands.