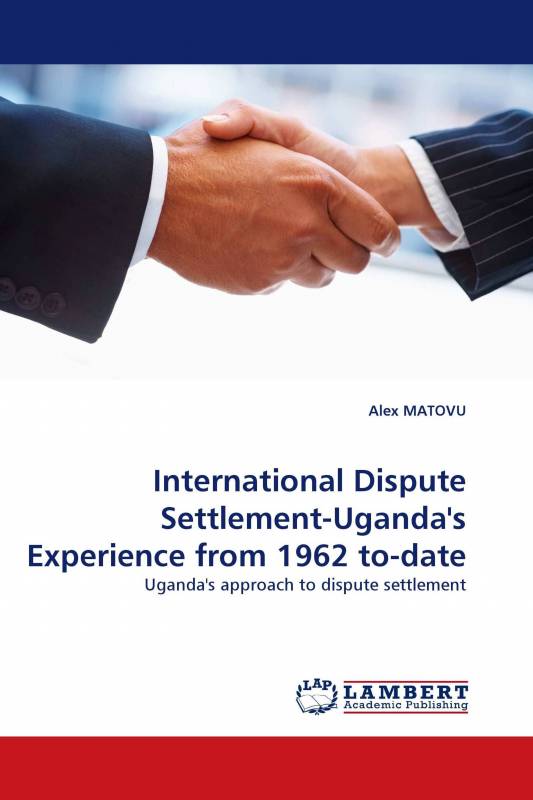 This important piece of work is aimed at detailing the means through which Uganda as a nation has sought to resolve her disputes with other nations.

The first chapters of the book contains an elaborate discussion of what constitutes an international dispute and the various means of settlement thereof.

In so doing, the author further highlights the pros and cons of a State or Nation prefering a particular means of dispute settlement over another.

These first chapters further offer the considerations that a State may take into account before choosing on any dispute settlement mechanism/means.

In the later chapters, the author is astitute to highlight the particular disputes in which Uganda has engaged and how the same have been handled since Uganda attained her independence.

Although the book is majorly based on Uganda's experience in the area of international disputes,other Nations and scholars should welcome it as its aspects cut across when it comes to the area of dispute settlement.

The author is a Bachelor of Laws (LLB)graduate from the School of Law at Makerere University-Kampala.

He is currently enrolling for a Diploma in Legal Practice at the Law Development Centre in Kampala.

The author intends to specialize in commercial and Corporate Law, a field in which he has been engaged since the year 2007.