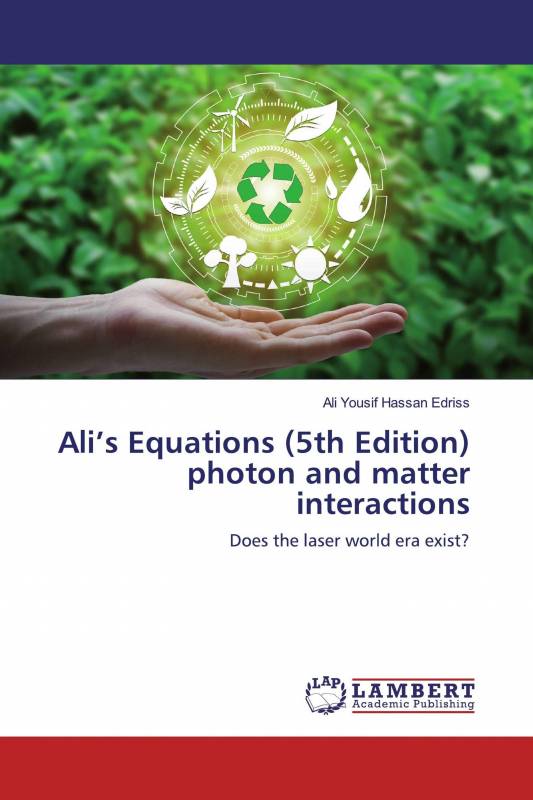 Does the laser world era exist?

This book will give you a clear vision about photons and it is behavior, how they act when absorbed especially high intensity of it.

In this edition I made postulates on the Hamiltonian and laser equation by generalization to any photon.

These postulates are: The Hamiltonian is not as it’s used to be, but it describes the behavior of particles when collided with photons.

I made some oversteps for Hamiltonian conditions like ignoring the effect of translation motions of molecules but it is acceptable so far.

Chapter 2: I put my equation on nature examination and that through a comparison with the behavior in reality.

Chapter 3: I mixed my equation with thermodynamics laws, additional derivation of laws, and then I put a solved problem by applying all these all these born-laws on carbon dioxide to give a new vision to solve global warming.

Chapter 4: I made a comparison again with some universal laws such Einstein’s photoelectric phenomenon and Rayleigh scattering.