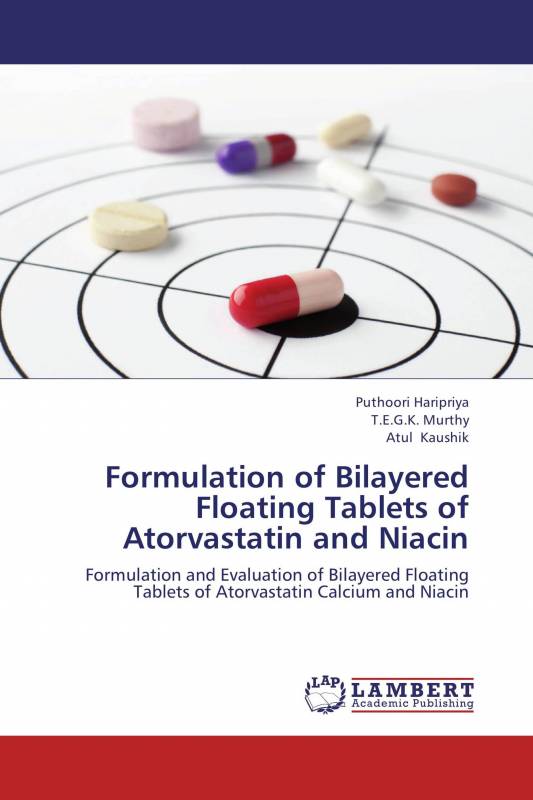 Formulation of Bilayered Floating Tablets of Atorvastatin and Niacin

This leads to atherosclerosis that later leads to myocardial infarction, stroke, and peripheral disease.

Hence control of blood cholesterol levels is very much important to reduce the risk of CVD.

In the present investigation, Atorvastatin Calcium (AT)(BCS Class II drug) an anti-hyperlipidemic agent belongs to the class Statins was formulated as an immediate release layer by using different excipients to improve the rate of dissolution.

This reduces the levels of LDL and triglycerides in the blood to a major extent.

On the other hand, Niacin (NA), a vitamin B3 was formulated as floating sustained release layer by using different combination of polymers to get desired drug release.

Niacin in higher concentrations is used to treat hypercholesterolemia by reducing the levels of LDL, triglycerides to some extent and increases the levels of HDL to a major extent.

Hence,the combination of AT and NA was found to be more beneficial than individual drugs in the treatment of hypercholesterolemia.

My interest to develop a dosage form by applying different formulation and process techniques according to drug properties gave the basis for the present research work.

Thanks for Lord Ganesh, my parents,Laxman Murthy K & DR Reddy's Laboratories for their kind support.