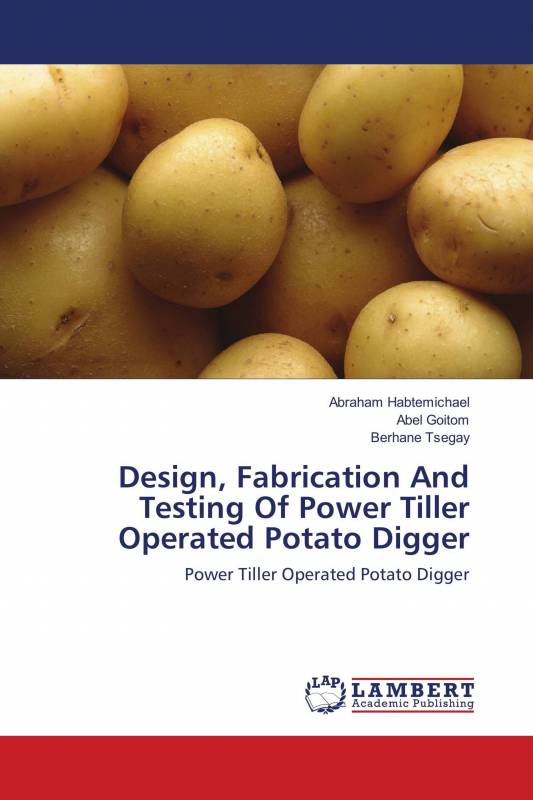 The main objective of the study was to design and fabricate a power tiller operated potato harvester.

From the potato tuber distribution study it was found that 84.21% of the plants had a total tuber weight per plant of less than 800g, the tubers were distributed to a maximum width of 27.5 cm and 11.5 cm deep.

The implement was designed such that it can be hitched on to the attachment designed by the previous batch.

The designed implement could dig the potato tubers out of the soil, loosen the soil mass attached to the tubers and drop the potato tubers to one side thus preventing the operator walking behind to press the harvested tubers back into the soil.

Based on the type and magnitude of the force acting on each member of the implement, appropriate ones were selected such that they can safely withstand the forces acting on them.