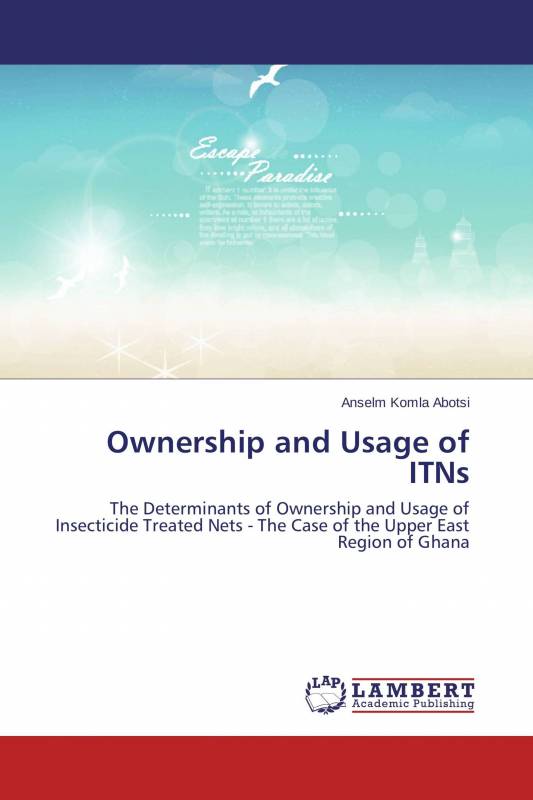 Ownership and Usage of ITNs

This book explores the factors that seem to influence the ownership and the period of usage of insecticide treated nets aimed at the control of malaria.

The findings also show that household members with children under five years of age are more likely to own and use a net the whole year.

This is very encouraging since children are most vulnerable with respect to malaria and its related infections as research elsewhere has shown that insecticide treated nets are highly effective in reducing mortality and morbidity from malaria especially in infants.

He is a Lecturer at the Department of Economics, University of Education, Winneba-Ghana.