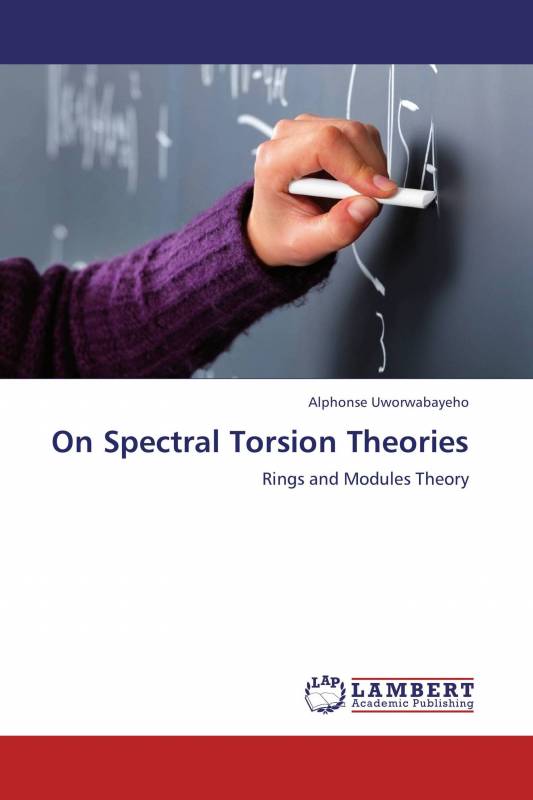 The purpose of this thesis was to investigate how “spectralness” properties of a torsion theory on R-Mod are reflected by properties of the ring R and its ring of quotients.

The study draws much more on the work of Zelmanowitz and Gomez-Pardo.

Gomez-Pardo proved that there exists a bijective correspondence between the set of spectral torsion theories on R -Mod and rings of quotients of R that are Von Neumann regular and left self-injective.

Within this study, we showed that an investigation on an arbitrary spectral torsion theory on R-Mod reduces to the study of the Goldie torsion theory on the category of modules over a suitable factor ring.This book is most useful for those who are interested in Mathematics, especially in rings and modules theory.

Alphonse Uworwabayeho is a lecturer of Mathematics at Kigali Institute of Education (KIE).

Prior joining KIE, he was a secondary school mathematics teacher.

He completed his master’s degree in sciences (Mathematics) at University of Natal, South Africa.

He is currently pursuing his PhD studies in University of Bristol, UK.