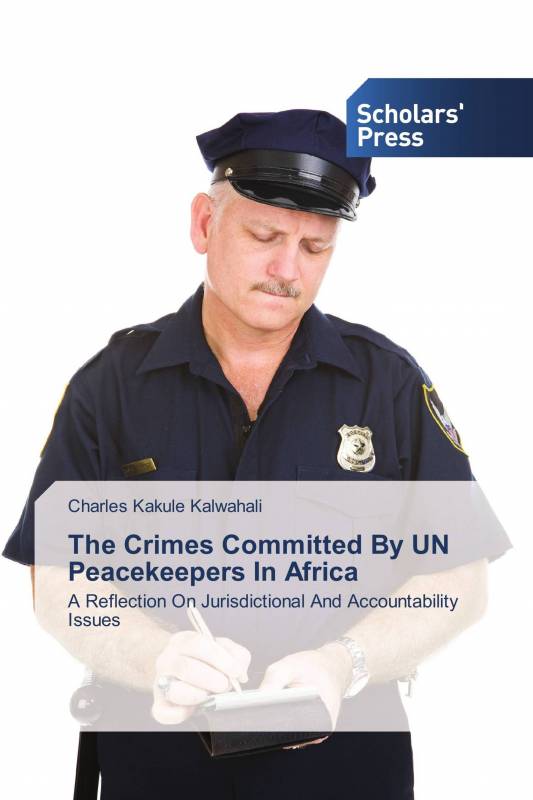 The Crimes Committed By UN Peacekeepers In Africa

A Reflection On Jurisdictional And Accountability Issues

This book investigates both substantive and procedural issues pertaining to allegations of crimes committed by UN peacekeepers in three African countries, Somalia, Burundi, and the Democratic Republic of Congo.

Under the current UN Model Status-of-Forces Agreements, criminal jurisdiction over peacekeepers rests with their sending States.

Although the UN has no criminal jurisdiction, it has been the Office of Internal Oversight Services that has conducted investigations.

It is argued that every Status of Force Agreement and every Memorandum of Understanding should contain specific clauses obligating troop-contributing countries to prosecute and the UN to follow-up.

If crimes by UN peacekeepers go unpunished, the message sent to the victims is that peacekeepers are above the law.

Rape is the most commonly committed crime by peacekeepers, but is usually considered as an isolated act.

The procedural issue is investigated in order to establish whether troops can be caught under the net/ambit of the law of the host State to hold UN troops criminally accountable for their acts.

An onsite tripartite court is suggested.

Charles Kakule Kalwahali holds a Doctor of Laws from the University of South Africa (UNISA).

He is currently a Lecturer and Deputy Dean at ULGPL- Faculty of Law (ULPGL-Goma)where he completed his “Licence” in 2000 and was recruited as a Junior Lecturer.