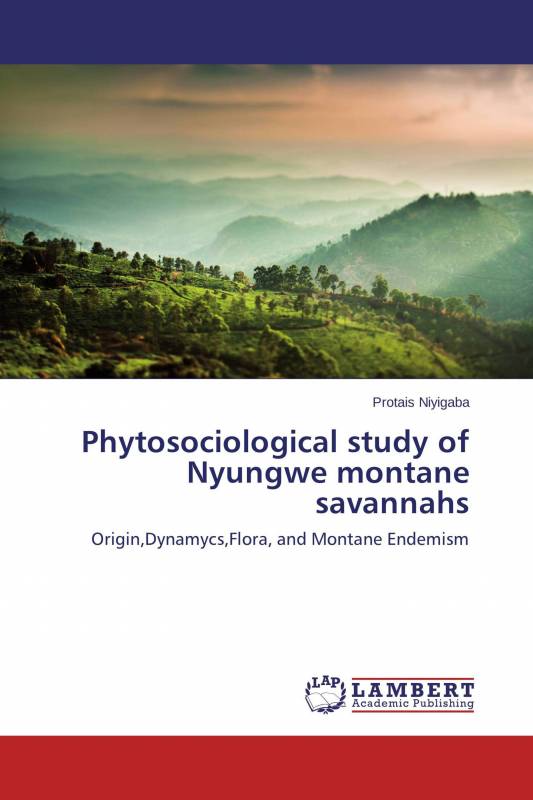 It is generally uncommon to find savannas encompassed into the tropical rainforests.

The case of Nyungwe savannas is one of these particularities and until now no explanation has been given to their origin, their structure and dynamics.

Detrended Correspondence Analysis (DCA) with MVSP software was used to identify plant communities.This unprecedented work documented the special floristic diversity of montane savannas of Nyungwe, the structure of their plant communities, their origin, predominant types of diaspores, and the phytogeographical distribution/endemism of afromontane species.

This book should be a unique tool for professionals managing and/or studying tropical rainforest ecosystems, where montane savannahs are often wrongly viewed as anthropogenic artefacts, ‘degraded’ lands, ‘secondary successional’ stages, and as having less value for conservation.

Niyigaba Protais has a Master's degree in Biodiversity Conservation from the University of Rwanda.He has worked in Nyungwe National Park as a Nature Interpreter since 2011.In 2014, he joined Research and monitoring in Wildlife Conservation Society-Rwanda.

He is interested in landscape ecology researches,with special interest in plants and birds.