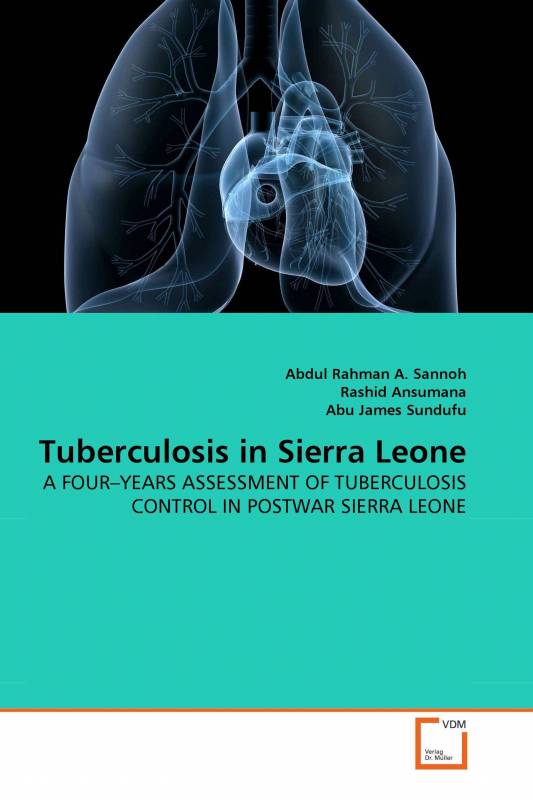 A FOUR–YEARS ASSESSMENT OF TUBERCULOSIS CONTROL IN POSTWAR SIERRA LEONE

Sierra Leone is still painfully crawling out of a decade-long civil strife that plunged the nation into decades of retrogression.

The economy of the country plummeted during the war periods of 1991 to 2001; human resources dwindled, health care services where abysmal and there was a general resource poverty and its accompanying traits of malnutrition.

During the war periods, a platform for disease transmission and spread was set causing many to die from curable as well as incurable diseases.

The spread of tuberculosis was favoured by the war related congestion, malnutrition and poor healthcare that continued even after the war.

Tuberculosis remain a cause for concern especially in situations where HIV and AIDS are also becoming a concern.

The country suffers from antibiotic-resistant recurrent tuberculosis infection, multiple co-infections among others.

This piece delves into the successes and failures of tuberculosis control in a resource deficient setting.

Abdul Rahman Adama Sannoh is a Project Coordinator at the Handicap International.

Rashid Ansumana is a multidisciplinary researcher, lecturer at the Njala University and a PhD Candidate at the Liverpool School of Tropical Medicine.

Abu James Sundufu is Head of Biological Sciences at NUSL