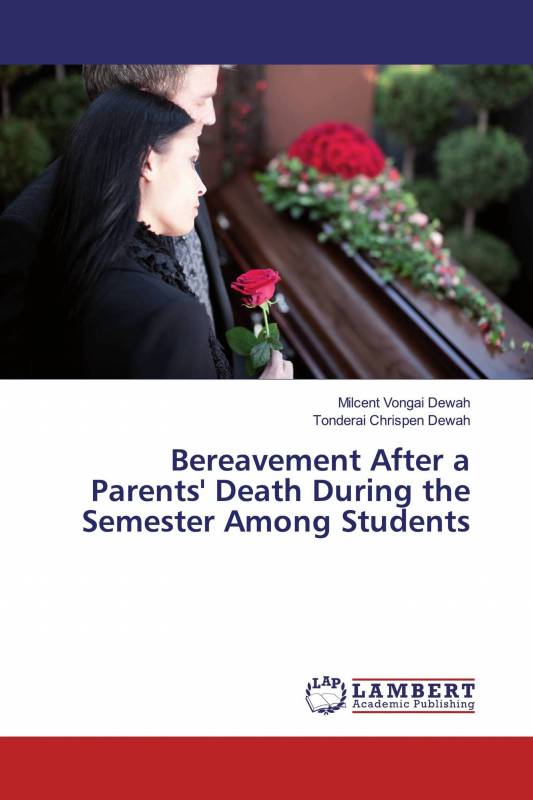 Bereavement After a Parents' Death During the Semester Among Students

This study was carried out at Midlands States University in the Midlands Province of Zimbabwe.

There is little information regarding bereavement among university students following the death of parent(s) in Zimbabwe and also Africa at large.

It is only after a student is diagnosed with a bereavement related illness when action is taken.

The study is unique in the sense that the targeted population is considered to be dependants yet they are adults and also they have studies as their eminent stressor as they have deadlines to meet.

More so, how they cope in an environment full of strangers and friends but with no family considering the fact that culturally in Africa it is not allowed to talk about the death of a loved one and also the belief of reincarnation.

The study reveals the emotional reactions exhibited by the students, the social problems or benefits brought forward by the parent(s) death and also the coping strategies used by the students during the bereaving period.

The research’s findings regarding the emotional reactions exhibited by the university students include denial, shock, anger, sadness, guilt and regret.

She holds a BSc degree in Psychology gained from Midlands State University.