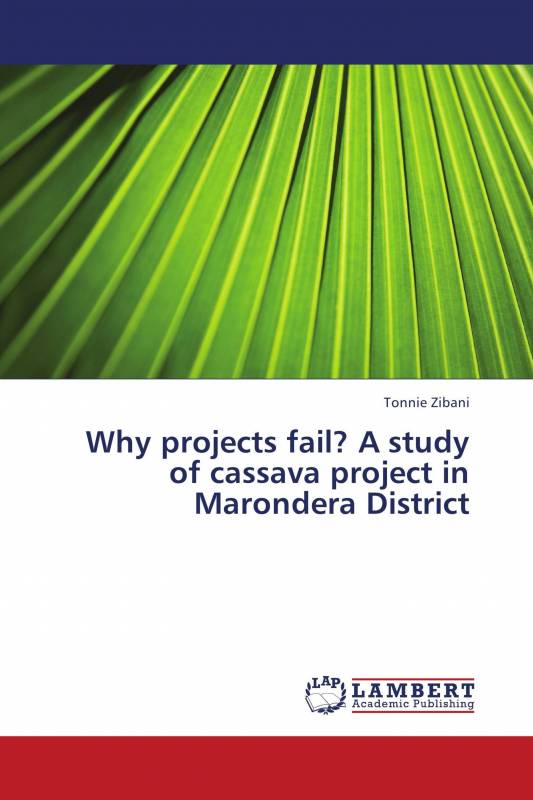 Why projects fail? A study of cassava project in Marondera District

Zimbabwe was affected by successive droughts which negatively affected rainfed maize production which most rural households rely on for subsistence.

As a result, there was widespread food insecurity in many wards throughout the country.

In response to the drought, the Ministry of Women Affairs, Gender and community, in 2005 introduced drought tolerant cassava as a substitute for maize.

The objective of the cassava production, processing and marketing project was to ensure food security at household level.

In Marondera district, the focus of this book, 50 women residing in rural wards were initially targeted with the hope that they will distribute cassava planting material to other women willing to take part in the project.

However after four years, very few women are still growing cassava and the targeted wards still experience the worst food insecurity in the district.

The study found that the factors that contributed to the failure of the project include poor project planning and management, unrealistic objectives, poor beneficiary participation, budgetary constraints, negative beliefs about cassava, absence of a well developed market and the operating environment.

Bsc Honours Degree in politics and Administration, University of Zimbabwe 2003