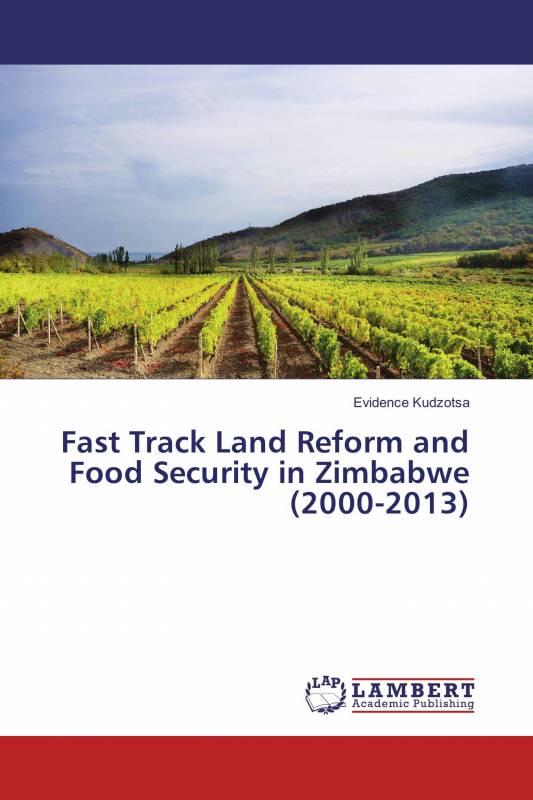 This work investigates the implications of the 2000-2002 Fast Track Land Reform Program on food Security in Chiredzi.

It focuses on commercial A1 sugarcane farmers and subsistence A2 resettled farmers, examining at the socio-economic changes that were brought by the Fast Track Land Reform program in the district.

The book clearly highlights on how consistent droughts and the effects of economic sanctions affected food security in Zimbabwe, specifically in Chiredzi.

This work also examines the extent to which the government policies that were put in place managed to permanently do away with food insecurity in Chiredzi.

The study recommends the government to set an effective monitoring and evaluating committee so as to minimize corruption and to prioritize agricultural activities on the national budget.

It also recommends that further investigations and studies should be done in Chiredzi so as to come up with better policies which addresses food shortages.