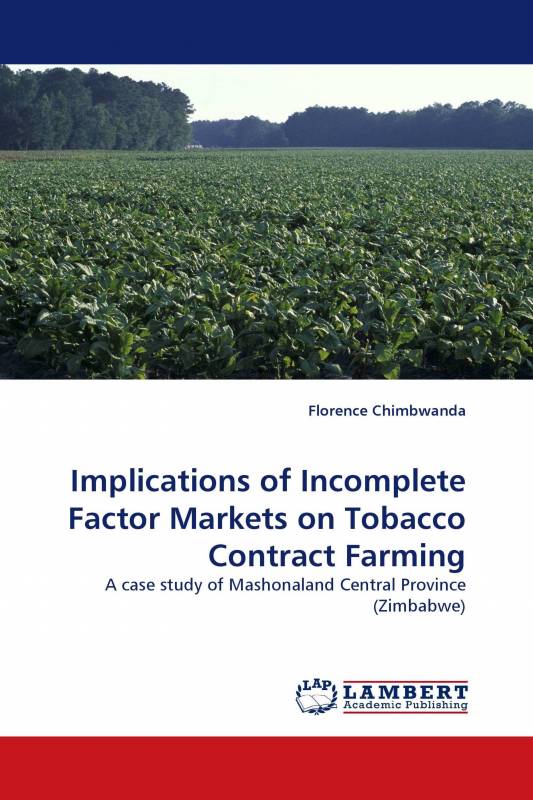 This study investigates factors that determine farmers participation in tobacco contract farming schemes and the benefits that farmers obtain from participating.

The results revealed that contracted farmers owned more of the productive and valuable assets(tractors,ploughs and etc).

Farm implement ownership, education, farming experience, extension and land size, were found to be the major determinants of participation in tobacco contract farming schemes.The policy implications from the findings were that the government should encourage tobacco production and marketing through the contract farming system since it was proved to have a positive effect on tobacco production and also on the participating grower's economic returns.