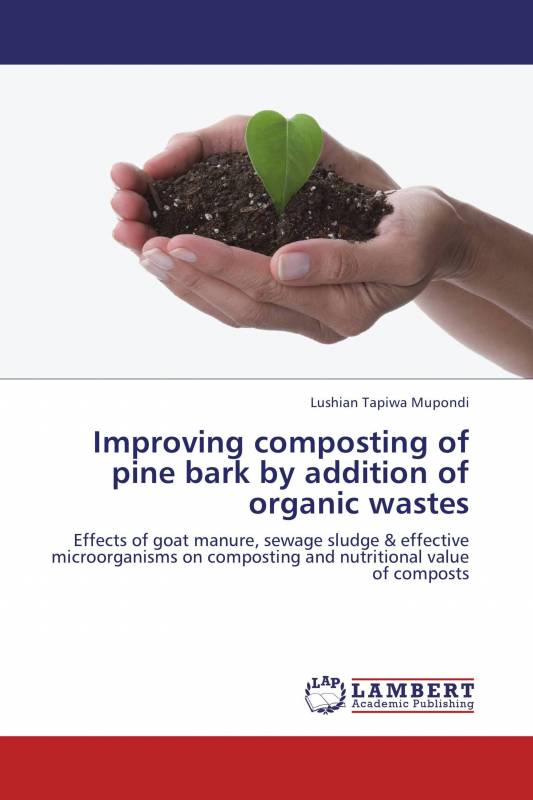 Improving composting of pine bark by addition of organic wastes

Pine bark is a growth medium of choice in South Africa mainly due to its availability and affordability.

However pine bark on its own is difficult to compost due to its high C: N ratio, its acidic nature and presence of polyphenols.

Conventional composting of pine bark involves the addition of urea fertilizer and this is costly.

The study looked at a cheaper alternative for composting pine bark by combining it with organic wastes to reduce the high C: N ratio and as well raise its pH.

Addition of microorganisms to increase the rate of decomposition was also looked at.

The resulting composts were then evaluated as growth media.

The composting results showed that goat manure was more effective than sewage sludge in improving the composting of pine bark.

Effective micro organisms did not have an effect on composting of pine bark.

Mupondi was born on 17 June 1969 in Chikomba District of Zimbabwe.

He did his BSc Agric Soil Science Hons degree at the University of Zimbabwe.

His MSc & PhD at University of Forte Hare, SA.

He worked for DR&SS as a Principal Research Officer & is currently at ZSAES.

His field of expertise is Soil Chemistry.

Married to Agnes & has two kids.