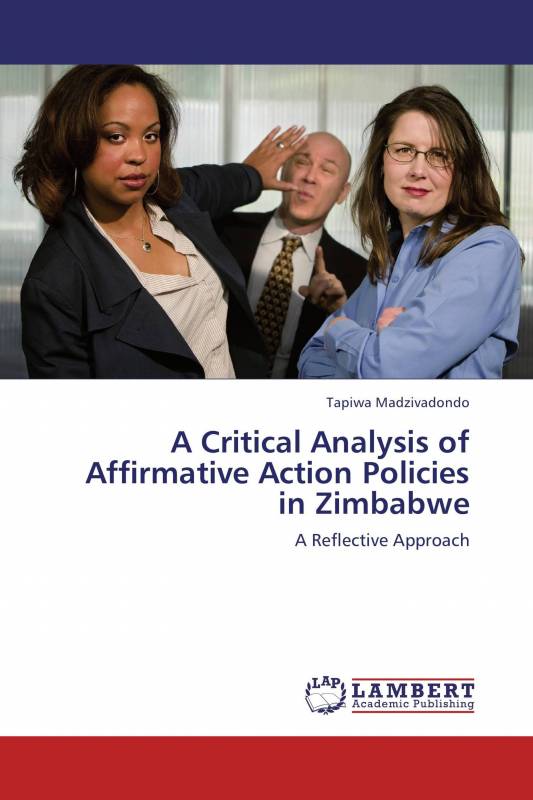 A Critical Analysis of Affirmative Action Policies in Zimbabwe

The study explores and analyses the concept of affirmative action and the programmes linked to it.It has been discovered that in all societes different social groups of people are treated differently and some tend to benefit at the expense of others.

Again this study looked at the implementation of affirmative action programmes in Zimbabwe.

Madzivadondo Tapiwa was born on 28 December 1968 in Chivi.

He attained secondary education at Mudadisi and Dadaya High schools.

Holds a Master of Education(Philosophy), Grad.

C.E and a Bachelor of Arts Degree.

Currently, lectures in the Philosophy of Education at Great Zimbabwe University.

Area of research is Philosophy of Education.