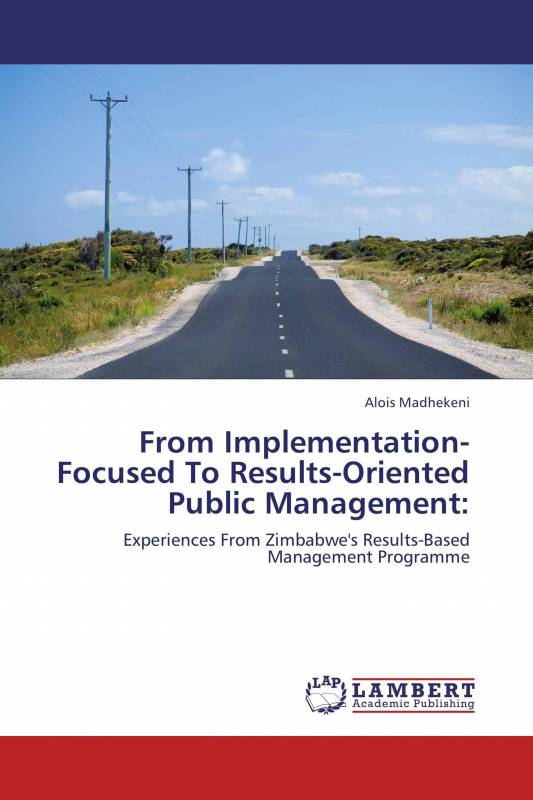 From Implementation-Focused To Results-Oriented Public Management:

The concept of Results-Based Management is one of the emerging frontiers of Public Administration pushing and prodding governments to demonstrate results of their actions.

The concept has been successfully implemented in developed countries.

The success story of the system in developed countries, coupled by pressure from stakeholders and the need for donor support has forced governments in developing countries to adopt it.

Zimbabwe is amongst some of the African countries who adopted the system in 2003 with its intoduction coming as a ray of hope for the general populace.

The operating environment however got the better of the programme and the government struggled with the complicated but highly rewarding system.

It goes without saying that the system is an indispensable tool for effective public sector management.

The challenge however is that the transition from traditional implementation-focused practices to results-oriented systems is like a bumpy road which calls for tinkerers, scrongers and masters of the extemporaneous who do not become faint of heart.

Mr Alois Madhekeni is a lecturer of Public Administration at the University of Zimbabwe.

He holds a Master's degree in Public Administration (UZ,2008)and is currently conducting his DPhil studies with the same institution.

He is an author of several articles in public administration, local governance and public health.