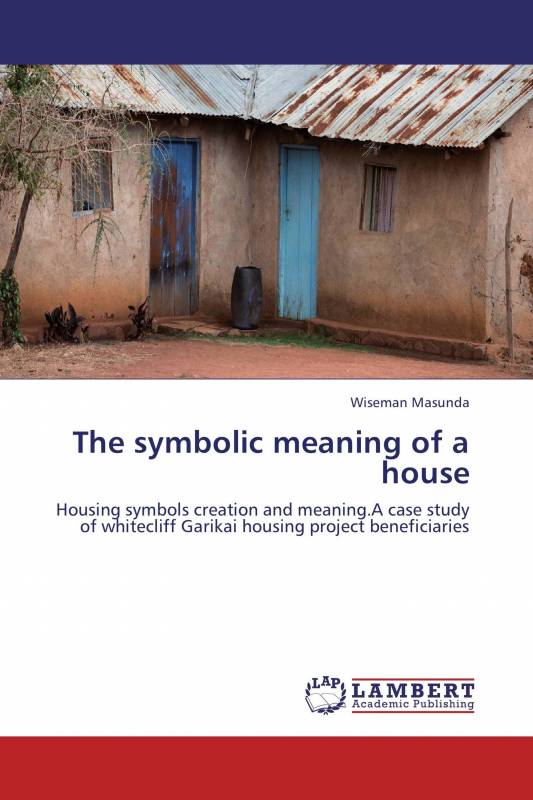 The symbolic meaning of a house

The rate at which urbanisation is taking place in all third world countries has craeted challenges for the government and local authorities.THe government cannot provide adequate housing for the ever increasing population and faced with such a challenge of lack of shelter the urban poor construct their own housing on illegaly acquired land.In most cases in Africa the solution that is resorted to when these informal settlements start to develop is demolishing them.This is followed by the costruction of houses that government and town planners think are of good quality and meet town by laws.In as much as this sounds noble, the town planners forget that a house is not about bricks and motar but its more than that.People favour certain houses in relation to their financial,social and cultural conditions.This research established that housing should not bbe treated as a noun but as a verb.The residents of Whitecliff felt that the government did wrong them by allocating them housing that were not in line with their social and finacial status.