Current problems in electronics for manufacturers or users are to determine the lifetime and estimate the reliability of device or system.

As well improve their performance and quality.

This can modify and degrade transistor physical and electrical behaviour.

The temperature can limit the lifetime of semiconductors and plays an essential part in the degradation mechanisms.

An electric characterization (IC-CAP) has been made, and a thermoelectric model ADS has been implemented.

This is used as the reliability tool (parameters extraction) in order to quantify the parameter shift.

We have pointed out the relation between the ageing tests and the hot carrier degradation in RF LDMOS, and its effect on the electric performances.

To understanding of the degradation physical phenomena brought into play in the structure, we used a physical simulation 2-D (Atlas) to conﬁrm these phenomena.

Finally, the work demonstrates that the degradation mechanism of power RF LDMOS is the hot carrier injection phenomenon in the already existing oxide traps and/or in the Si/SiO2 interface.

Assistant Professor at Higher Institute of Applied Science and Technology of Sousse (ISSATSO).

He works on the reliability and the failure mechanisms of device and systems. 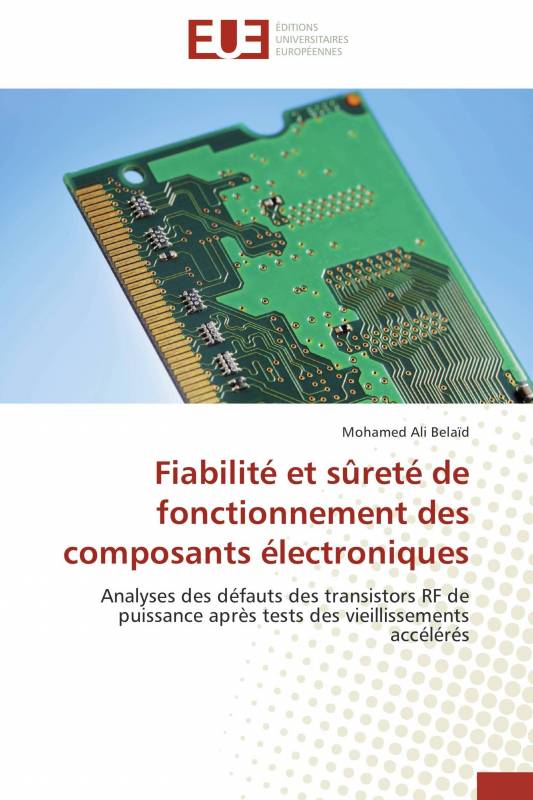