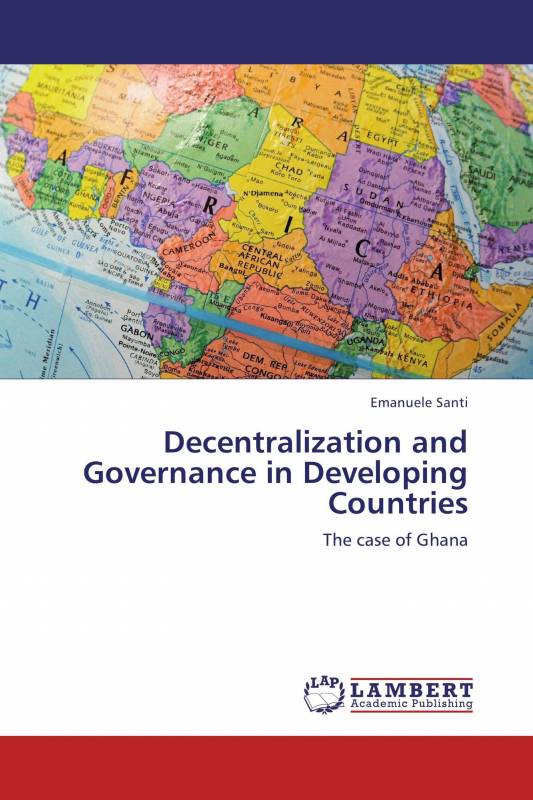 Decentralization and Governance in Developing Countries

The case of Ghana

The role of the state in a globalized world is increasingly challenged and constantly redefined by new localized and multi-polar pressures.

Decentralization is often seen as a response to such pressures and a political solution to often complex development challenges, by bringing decisions and resources closest to the local communities.

Often presented as the new “panacea”, the debate on decentralization in developing countries is however at times ill-defined and victim of ideological bias.

This book aims at analyzing the decentralization process in the developing countries, by combining the use of governance concepts with tools and methods of the geopolitical analysis.

Further to a review of the rather disappointing track record of decentralization processes in the African continent, the book reviews the rather promising yet still incomplete case of Ghana, whose decentralization process was not only the first key step towards democratic reforms, but it was also used as a strategy to address the challenges posed by the development and economic divide between the Northern and the Southern regions.

He spent over 10 years working for the World Bank and the African Development Bank.

His work experience spans over 15 developing countries mostly in Africa, Eastern Europe and Latin America, where he has advised governments on numerous public sector and governance reforms.