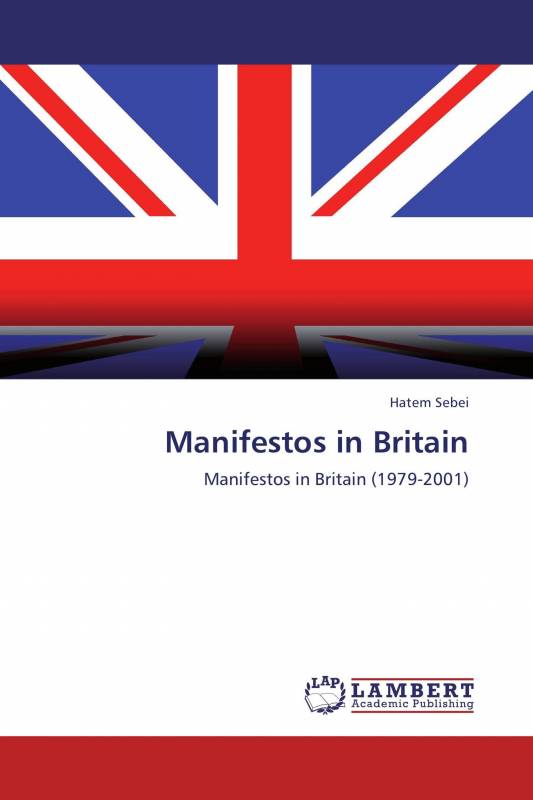 This study aims at scrutinising the 1979 and the 2001 Labour and Conservative Manifestos.

It also aims at evaluating the role of Manifestos in the late 20th and early 21st century.

Programmes are mostly read by the political and media elites.Influential people and lobbies guide and shape public attitudes.Thus disappointed people are no longer attracted to Manifestos.

But they are rather interested in style, charm and likeability! Nevertheless Manifestos are still seen as an indicator of the nature of the Party.This study sets out the similarities and the differences between the Labour and Conservative Manifestos and finds out that New Labour rejected the core principles of the ‘Old Labour'.

It has come to resemble the Conservatives.

Hatem Sebei was born in a mining town in Jerissa, Tunisia in 1978.He obtained an MA degree from the Faculty of Letters, Arts and Humanities Manouba, Tunisia.He taught at the High Institute of Applied Studies and Humanities in Kef-Tunis and he has been teaching at Tunis Business School since 2010.He is preparing a PhD in critical discourse analysis.