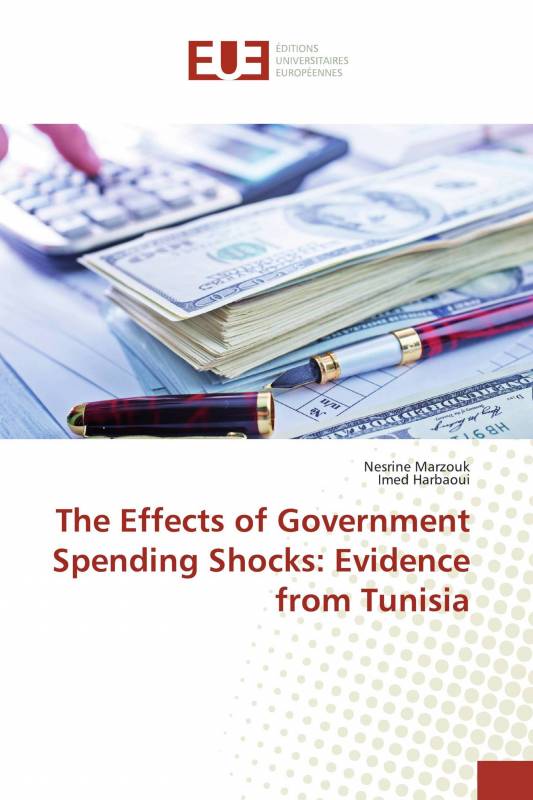 The Effects of Government Spending Shocks: Evidence from Tunisia

This book performs a Structural Vector Auto Regression analysis on the Tunisian economy using quarterly interpolated data from 1990 to 2015 in the attempt of verifying and quantifying the short-term macroeconomic effects of public spending on private consumption.

Our findings suggest that positive government spending shock has a positive but low impact on private consumption, while it has a crowding-out effect on GDP.

A positive government revenue shock tends to have a positive impact on private consumption, while it has no impact on GDP in the short-term.

Overall, an expansionary fiscal policy is not an effective tool to stimulate the Tunisian economic activity.

I graduated from faculty of economics and management of Sousse as a master degree in 2018 and now I am a PhD student in the same university.

I like reading, running, cooking in my free time and searching on the net to develop myself.